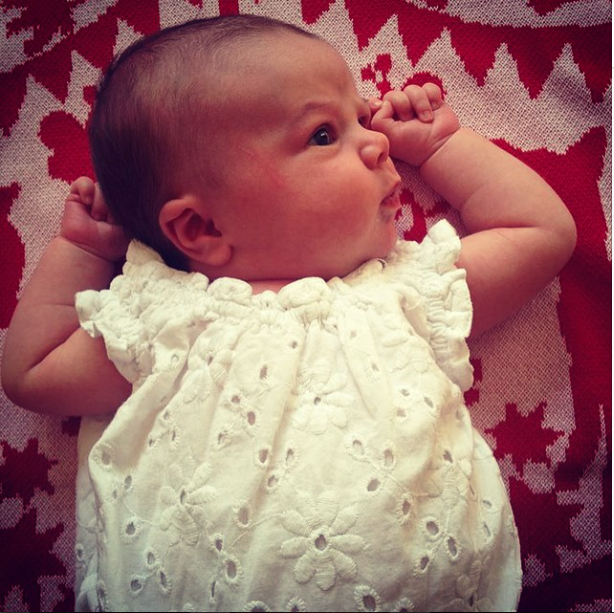 A DATE WITH FATE

It seems an awfully long time ago now that I had Seb, my first baby. Up until that point, I had led a pretty easy life with fair few challenges. I have been quite honest about how much of a shock it was to learn that my precious newborn baby had Down’s Syndrome. Becoming a parent should have been the happiest time of my life. It was the worst.

We stayed in hospital for almost a week with Seb as he struggled with feeding (and we got to grips with all the new stuff being chucked at us). Being a first time parent is hard enough as it is, without all the extra baggage on top. It is a week I wont ever forget. The smells, the sounds, the emotions. The physical pains and, above all, the people.

It is a very odd thing to comprehend that you could feel broody when you have a baby in your arms. But I did (and actually have felt the same with all my babies) so only a few months after Seb arrived I felt ready to have another. I realise now that it was for all the wrong reasons, I had not had time to compute what we had been given and it was long before I had come to terms with things fully. I was ‘yearning’ for ‘compensation’ and felt I had something to prove. I fell pregnant and was expecting a summer baby on the 25th June. Sadly, at 11 weeks, I miscarried. It is no real surprise given the physical and emotional state I was in.

My body soon bounced back to “normal” and I found myself expecting again. Still smarting from the shock of Seb’s diagnosis, we checked ourselves into the Foetal Medical Centre on Harley Street (with the Professor who actually developed the nuchal scan), not for one minute expecting things to be anything but ok.

The scan, however, showed a 1:2 chance that the baby had a chromosomal abnormality (oh here we go again!), a CVS was carried out there and then and a few days later it was confirmed, the baby was very sick. The chances were very high that it would be still-born before term and if it survived it would be very ill with a likely life expectancy between one week, one month, one year at the best. We were told it would remain in hospital and would basically suffocate to death. It is a very personal choice, but we decided not to progress further. An appointment was booked for me at our local hospital (rather horribly within the ante natal wing) for the 25th June. It struck me as a sad irony that it was the very day that the baby I had previously miscarried would have been due.

I naturally started to beat myself up a little. Why was I so good at producing duff eggs? Aged 34, was this the start and end of my baby making opportunities? We saw a genetic counsellor who reassured us that it was pure ‘bad luck’ that lightning had struck twice (so to speak) and they couldn’t believe it had happened but it was impossible not to feel at fault or a failure.

We decided to take a break and someone recommended acupuncture to me. I am not normally one to try anything alternative but at the end of the day I figured it couldn’t do any harm and it would be 40 minutes lying in silence on a bed away from the hustle and bustle of my life – worth every penny!!

Acupuncture treats the whole body, not just something specific. Within a few weeks I felt like a different person. Sleeping really well, the best in years – I have suffered with night terrors for as long as I can remember and these went. My mouth ulcers cleared up (again, something I have endured for years), I found myself dealing with stress in a much more rational manner and I just felt full of beans.

3 months after starting treatment the therapist said my body was a much better place and we decided to give things one more go. I fell pregnant almost immediately. I worried all through my pregnancy but I declined CVS tests and decided to have faith that things would be ok. Dominic arrived – and, so far, so good.

We probably never really intended to have more than 2 children but when the Winterbourne scandal broke I started to worry about Dominic. I would never expect him to take responsibility for Seb but I hope he naturally feels some. I suddenly wished he had another sibling to share the load with. I mentioned it to Simon, expecting horror, but he agreed. I said that at my age it may take a year, if at all, to happen. It is no exaggeration when I say that in the blink of an eye I was pregnant (just 2 days after accepting a new job – oops), but based on my history we just took each day as it came knowing that there was a long road ahead. I worried that if I produced another disabled child then I would have made things tougher, not easier, but then I also figured there are no guarantees in life for any child and that I would leave things to ‘fate’. I carried this sentiment the whole way through this pregnancy, and very matter of factly I decided things would either be ok – or they wouldn’t.

Everything went ok but towards the end of my pregnancy there were concerns that my baby was large due to me having gestational diabetes (and Dominic was a 10lber) so it was mutually agreed that an elective c-section was the safest way to deliver. When the consultant opened the diary, all the slots were taken so I was booked in on a day that the hospital doesn’t usually do c-sections and told if an appt came free they would move it.

By the time I got home the appt had been moved. The date rang a bell, I couldn’t quite put my finger on it. I knew it was significant but couldn’t think why. Was it someone important’s birthday? It nagged at me but I put it to one side and started packing.

D Day arrived. It was all very civilised, dropping the kids off and driving off to the hospital. As I was having a planned op I went straight up to the ward, bypassing the delivery suite (hooray!). But I wasn’t at all prepared for the feelings it would stir as I walked through the door. The smells, the sounds, the emotions. It all came flooding back and I suddenly felt very nervous. When I had had Dominic I had barely noticed as by the time I had been wheeled into the ward I had him safely in my arms. This time I was still staring down the barrel of the unknown. I felt very anxious, sick even, but before we knew it we were called down and baby Polly was born, earlier than she naturally would have been, into our crazy little family.

Back on the ward, in the throes of new baby euphoria, it all fell into place. I heard someone mention the fact it was the anniversary of Michael Jackson’s death. I remember the day he died. Vividly.

I remember it because I was lying in bed feeling miserable that day. It was the 25th June.

So. On the 25th June our little Polly was safely delivered to us. Her birth date dictated to by a diary and someone else having their baby early and making a space available on that day.

It is a really cheesy thing to say, but she really has made our little family complete. It is the perfect ending to this particular chapter of our lives, which despite it’s challenges and heartbreak, I wouldnt swap for anything as it has really shaped who I am and I cannot wait to move onto the next chapter together with our little brood!